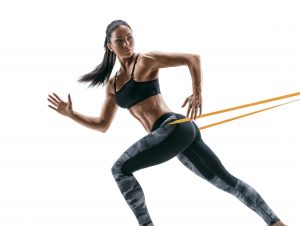 Sitting for 8-12 hours a day is a new development in humans that goes against our evolutionary past. In the past, as hunter-gatherers, we have had to be on the move all day to gather food and fend off enemies. However, many of us today sit in front of our desks for hours on end, unable to even meet the recommended guideline of getting 30 minutes of moderate aerobic exercise in a day.

Exercise and physical activity have been associated with improvement in general health along with enhanced mental health and wellbeing. Exercising releases more IGF-1 (the repair and youth hormone) as well as BDNF (which supports survival of existing brain neuron as well as the growth of new neurons in the brain). Aerobic activity or continuous, rhythmic activity has also been shown to be most effective not only for weight loss but also stress management and sleep improvement.

Why should I exercise?

So what should I do?

There are many options for enjoyable exercise. The key is finding an exercise that will fit in well with your lifestyle and will be something that you will be able to maintain. When it comes to exercise consistency is key!

To get the most out of exercise make sure you take the following steps:

“Our brains renew themselves throughout life to an extent previously thought not possible.”
-Michael S. Gazzaniga

Regular exercise is well known as a means for overall health. Cardiovascular health, muscle and bone strength as well as healthy weight management are all results of a regular exercise regime. Exercise induces positive functional change to many organs within the body; the brain is no exception. Science continues to discover important links between exercise and overall mental well-being and cognitive function.

Adults with a high level of physical fitness have shown to have better executive functioning than those with lower levels of physical fitness (Colcombe and colleagues, 2004). Specifically, this study found that fitter people were more efficient at being able to negotiate multiple pieces of incoming information. On a neurological level, brain activation was different for fitter people compared to those less fit. The area of the brain associated with the ability to focus and control attention was significantly more activated for fitter people.

So how long does it take to see these benefits? Good news! The same study found that with only six months of aerobic fitness training, there was a significant change in brain function. Participants were less likely to be distracted and thus better able to focus their attention on tasks. This was also accompanied by physical neurological changes with greater activation in the relevant areas of controlling attention.

Having depression or anxiety makes it less likely for one to go out and engage in physical activity, but it has been demonstrated that engaging in regular exercise of moderate to high intensity can actually help with fighting anxiety and depression. An analysis by Knapen et al. (2014) found that for patients with mild to moderate depression, exercise can be as effective of a strategy as medication and psychotherapy. In addition, depression is a common mood disorder that accompanies physical disorders, whose symptoms may be reduced by engaging in regular exercise.

All of the evidence points to the fact that exercise is an effective supplement to psychological and/or pharmacological treatment for these disorders, and should be undertaken alongside other types of treatment.

For older adults, engaging in regular physical exercise has also been demonstrated to be helpful for increasing their ability to complete daily activities independently, and acts as a protective factor in preserving cognitive functions. This effect was particularly evident for tasks requiring executive control, which includes skills such as planning and multitasking – the same skills that older adults see a decline in as they age. Continuing to engage in regular physical activity even at an older age has also been found to be helpful in slowing down cognitive decline.

Most studies examining the links between exercise, ageing and cognitive function have been observational – that is, surveying individuals on their exercise habits and then measuring their cognitive capacities. It could be possible that it is not exercise that is contributing to better cognitive function but other habits they have. For physical activity to slow down cognitive decline, the individual would have to engage in it regularly for a long period of time, and hence is hard for such an experiment to be implemented. Most importantly, though, there are no negative effects associated with regular exercise – so why not do it?