Want to know more about our mindfulness programs?

Have a look at our programs.

“Any man could, if he were so inclined, be the sculptor of his own brain.”
– Santiago Ramon y Cajal.

Taylor and colleagues (2011) explored the brain structures through which mindfulness meditation impacts emotion processing. The study compared new and experienced meditators’ brains while viewing positive, negative and neutral images in a normal state of awareness and while practicing mindfulness. Both the new and experienced meditators perceived that the emotional intensity of the images was reduced while practicing mindfulness, suggesting that mindfulness is a useful emotion regulation strategy. Interestingly, however, this effect was achieved through the activation of different structures in each group. For experienced meditators, mindfulness reduced activity in areas associated with the “default mode network” (brain structures associated with daydreaming). By contrast, mindfulness reduced activity in the left amygdala of new meditators but not areas associated with the “default mode network”. The researchers suggested that these findings reflect that fact that experienced meditators were more accepting of their emotions and did not attempt to control them, and that new meditators were more distractable. Holzel and colleagues (2011) conducted a long-term study examining changes in participants’ grey matter density following an 8-week mindfulness-based stress reduction program. The researchers found that participants who completed the 8-week program showed an increase in gray matter in areas associated with memory, emotion regulation and learning. This suggests that mindfulness can improve memory and control of emotions. 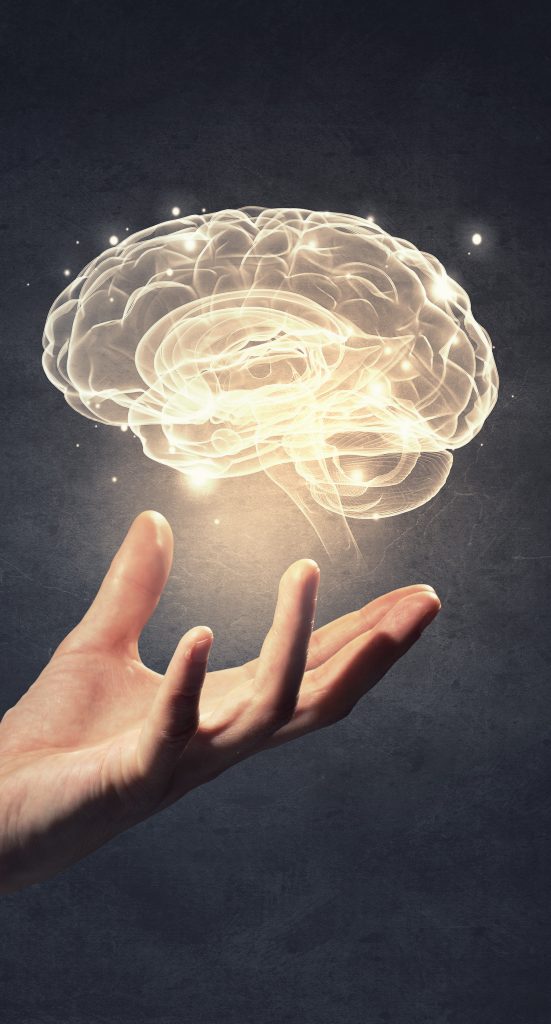 Effects of mindfulness on the brain

Lomas, Ivtzan and Fu (2015) reviewed 56 EEG studies that examined the effects of mindfulness meditation on brain wave activity. The most consistent findings among these studies was that compared to a resting state, where participants were simply instructed to close their eyes, both new and experienced meditators who engaged in mindfulness exercises showed a significant increase in alpha and theta power. An increase in alpha power is often associated with improved attention processes. Similarly, an increase in theta power is associated with improved control of attention and improved memory. Together, these changes in brain wave activity indicate that mindfulness leads to a “state of relaxed alertness”.

Pickut and colleagues (2015) compared the brains of Parkinson’s Disease sufferers who either completed an 8-week mindfulness-based intervention or continued to receive their usual treatment. Individuals who completed the mindfulness-based intervention showed increased gray matter in areas associated with emotion regulation and memory, whereas individuals who received their usual treatment did not show any change in these areas. This suggests that the mindfulness results in changes to brain structures even in individuals with neurodegenerative conditions. Kurth and colleagues (2015) investigated whether the number of years an individual had been engaging in meditation practice was associated with changes in the distribution of brain cells (gray matter). In their study, long-term meditators were compared to ‘naïve’ meditators – individuals who had not previously practised meditation. The researchers found that there was a positive correlation between number of years practising meditation and increased gray matter in areas associated with sustained attention. These findings suggest that the more an individual practices meditation, the better their attention control becomes.

Mindfulness leads to an increase in relationship satisfaction

Carson (2004) used a mindfulness-based intervention for relationship enhancement. This was carried out with couples who were considered happy and not distressed in their relationship to investigate how a mindfulness approach could enrich a happy relationship. Outcomes showed the intervention was effective in improving levels of relationship satisfaction, closeness and acceptance of one another. Similarly, there were also benefits in individuals’ optimism and relaxation and these findings continued to be demonstrated at a 3-month follow-up showing the long-term impact of such interventions. The findings of this research showed couples who practiced mindfulness more often had better outcomes. Mindfulness training may contribute to positive outcomes in couples’ therapy could be an active ingredient in better relationship satisfaction and coping with stress.

Mindfulness helps with the emotional pain from breakups and past relationships

In 2007, Block-Lerner and co-workers looked at mindfulness based approaches for empathic responding in couples. Mindfulness and acceptance based behavioural approaches for couples and family members were proposed along-side empathy training and preliminary findings suggest that mindfulness-based interventions significantly impact levels of empathy and anxiety.