Nootropics are forms of smart drugs that include all forms of medications and supplements that increase brain functioning. Many nootropics claim to increase cognitive processing such as attention, focus, learning and memory. The word nootropic comes from the Greek meaning "Towards the Mind". Nootropics are becoming a huge area for research, commercialism as well as bioethical debate. Smart drugs have been around a long time in the form of stimulants but have been limited to clinical populations such as ADHD. There is of of course a massive black market for stimulant medication, and governments have had to put tight limitations on prescription because of misuse.

Debate exists over whether only people with clinical conditions should be allowed access to medications that increase performance. The use of coffee and cocaine are commonly used to enhance cognition and alertness, and addiction to these can obvious cause significant side effects. In contrast, stimulants such as Ritalin are claimed to be non-addiction forming. It is therefore unclear as to why ethically it is accepted for an adult to have unlimited access to caffeine and drink 8 sups of coffee a day to remain alert, but cannot take Ritalin to achieve the same end without the side effects. We are not proposing that we should have unlimited access to stimulants. In fact, the philosophy at NeuroEvolution is to achieve the same benefits without having resort to medications which at this point have very unclear long-term side effects. At NeuroEvolution we aim to create increased knowledge of different types of nootropics and provide the research to backup or debunk certain 'smart pills' that are flooding the market. We also want to provide information are balanced view on medications versus more natural means of enhancing the brain, so that people are aware of other options to achieve enhanced performance.

Krill oil, similarly to fish has long chains of EPA and DPA.

So in terms of benefit to brain functions... what is the difference between krill oil and fish oil? The EPA and DHA found in krill oil are bound to form to fat that makes up the cell membrane, otherwise known as phospholipids. These things are integral to the function of the cell and allow the cell to maintain its internal structures.

What are the brain enhancing benefits of krill oil?

This is a medicinal herb used in Ayurveda also know as Brahmi. It is used in Ayurvedic treatment to help with epilepsy and asthma. Animal research has shown that some protective ffects in neurodegeneration. Some research in humans has shown Bacopa can improve memory by increasing acetylcholine, seratonin and glutamate (which play a huge role in learning and memory). It is unclear a to what other cognitive processes it can also improve and research continues into this exciting area.

It claims to also increases brain blood flow by

2) inhibiting calcium fluctuations. This is vital to memory and brain health.

L-theanine is an amino-acid that promotes relaxation. It is found in green tea and can promote relaxation without sedation. It has been shown in some studies to help with stress. It boosts levels of GABA in the brain while also promoting other neurotransmitters associated with calming. Additionally, it lowers levels of excitatory neurotransmitters and enhances alpha brain waves which are associated with a relaxed state. It is thought to work well with caffeine to 'take the edge off' for people who can get over-stimulated.

Huperzine-A is known as an acetylcholinesterase inhibitor, which means that it stops an enzyme from breaking down acetylcholine which results in increases in acetylcholine. Acetylcholine is known as the learning neurotransmitter and is one of the chemicals that our nerves use to communicate in the brain, muscles, and other areas.. Huperzine A is used for age-related memory impairment, as well as general memory and learning enhancement. It is also used for increasing alertness and energy, and for protecting against agents that damage the nerves such as nerve gases. Products that combine huperzine A with certain drugs used for treating Alzheimer's disease are being studied.

Ginkgo biloba is an herb that is created by extracting liquid from the leaves of a ginkgo biloba tree. This supplement is known to help individuals with mood and memory. When choosing a ginkgo supplement it is important to ensure it contains low amounts of ginkgolic acid, whichis a toxic chemical that can cause serious side effects in humans.

DMAE is a compound that is known as a mind-health compound, which is thought to increase levels of the compound involved with memory, acetylcholine. DMAE is said to be a precursor to acetylcholine. Therefore, the use of DMAE has been thought to be associated with improved mental function and alertness. It is also thought to reduce the buildup of what is known as the 'age pigment', which impairs cognitive function and is implicated in the cognitive decline with age. It is also thought to possibly protect neurons and other cells from harmful effects of certain types of oxidation by embedding itself in the structure of the cell and acting as an anti-oxidant, as well as sustaining metabolic processes in the body through a process known as 'methyl donation'.

Pyrroloquinoline quinone (PQQ) is a newly discovered water-soluble vitamin present as an antioxidant in food. Studies in animals in which a stroke in induced have shown that PQQ can effectively reduce neurological deficit, hematoma volume, and brain cell death expansion. PQQ treatment reduces ROS production, increases the Bcl-2/Bax protein levels, and decreases the expression of apoptotic-factor-activated caspase-3. Therefore, in the treatment of cerebral hemorrhage, PQQ exerts its neuroprotective effect via antioxidative stress. As this is relative new we are looking forward to seeing more research in this area particualry in humans. .

There is some scientific evidence showing that St John’s wort may be effective for the treatment of mild depression. It’s thought that the beneficial effects of St John’s wort stem from its effect on neurotransmitters (such as serotonin) in the brain that are linked to anxiety and depression. st John's Wort can reduce the effects of other medications and have significant interactions, so it is very important that if you take ANY other medications, you ask your doctor about this first.

Acetyl-L-carnitine is an amino acid (a building block for proteins) that is naturally produced in the body. It helps the body produce energy. Acetyl-L-carnitine is used for a variety of mental disorders including Alzheimer'sdisease, age-related memory loss, late-life depression, thinking problems related to alcoholism, and thinking problems related to Lyme disease. It is also used for poor circulation in the brain, cataracts, nerve pain due to diabetes, nerve pain due to drugs used in the treatment of AIDS, and facial paralysis.

Supplements that aid in brain enhancement

What does it do?
Caffeine acts as a central nervous system stimulant. Caffeine brings on feelings of alertness. It often leads users to feeling more awake and less tired.

Caffeine is often used in medication and supplements to mask symptoms of drowsiness or assist with concentration. It can be found in both prescription and over the medication... And of course, it is found naturally in food and drinks such as coffee, tea and chocolate.

HOW DOES IT WORK

The molecules in caffeine bind impersonate another molecule called adenosine. When a high frequency of adenosine receptors are activated, this often leads to feelings of tiredness. However, as caffeine obstructs this binding, the adenosine is not able to do its role. Furthermore, dopamine levels are enhanced and elevated levels of adenosine in the blood cause the adrenal glands to release adrenaline.

Nicotine is an alkaloid found in some plants such as tobacco plants and works as a potent parasympathomimetic stimulant.

It has been claimed that nicotine is able to improve focus, concentration, memory, refine motor skills, act as a neuroprotective, anti-inflammatory, and creativity. Nicotine use results in adrenalin, leading to an immediate release of glucose. In the brain it increases acetylcholine and norepinephrine and beta-endorphin. One prominent use of the drug is nicotine replacement therapy (NRT) to help smokers reduce or quit smoking. NRT works through binding to some but not all nicotine receptors to lessen cravings.

Ritalin is one of the most commonly prescribed medication for ADHD. It works as a slow release methylphenidate formula that increases neurotransmitters, dopamine and norepinephrine. Dopamine is a feel good hormone and norepinephrine is associated with concentration and alertness.

In 2008. Devilbis & Berridge, reported its effectiveness was mainly due to the effect it has on the prefrontal, assisting function in attention, decision-making and impulse control.

What is in Ritalin?

Dextroamphetamine is an amphetamine formula, commonly used to treat ADHD and narcolepsy that affects the Central Nervous System.

What is in it?

Adderall works through is a stimulant, affecting the Central nervous system to reduce symptoms of hyperactivity and impulse control.

What is in it?

Promotes feelings of wakefulness, makes user feel alert and allows them to be more productive. It does this through preventing the reuptake of dopamine and can help with reducing fatigue while increasing motivation.

Modafinil is the key ingredient used in Provigil. It treats excessive daytime sleepiness associated with sleep apnea and narcolepsy. It has commonly been used as an off-label medication  to treat ADHD, chronic fatigue syndrome and major depressive disorder.

Aniracetam falls under the category of racetams, a specific category of nootropics, classsed together because of their chemical structure and bio effects.

Its effects include improving memory, cognition and mood.

How Aniracetam enhances brain functioning?
Aniracetam primarily works by exciting certain brain receptors known as AMPA receptors. This uniquely makes aniracetam an anti-anxiety and anti-depression nootropic. In one study, the drug helped to improve memory and learning damage in those who struggled with trauma to the brain. Another study showed the aniracetam benefit of protecting against brain trauma as well. However, it cannot be sold as a medicine or dietary supplement for human consumption.
(https://www.ncbi.nlm.nih.gov/pubmed/6817363)

ETHICS - SHOULD THEY BE AVAILABLE TO EVERYONE

Use of cognition-enhancing drugs by healthy individuals is a highly debated topic among neuroscientists, psychiatrists and physicians. These issues include ethics and fairness of use, possible adverse effects and the diversion of prescription drugs for nonmedical use

There should be concern about the use of these drugs by healthy children and adolescents where the brains are still in development. However, for certain segments of the population, these drugs are very helpful. Though this is the case, these drugs could raise the standards of what is considered normal and it widens the gap of people who have access to cognitive enhancers and those who don’t. 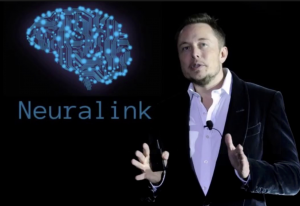 Elon Musk, Neuralink & the future of our brains

Elon Musk, the SpaceX and Tesla CEO, founded a brain-computer interface company in 2016 called Neuralink. The company focuses on creating devices that can be implanted into the human brain that in the short term aims to alleviate symptoms of dangerous and chronic medical conditions. Musk stated that the first use of the technology would…