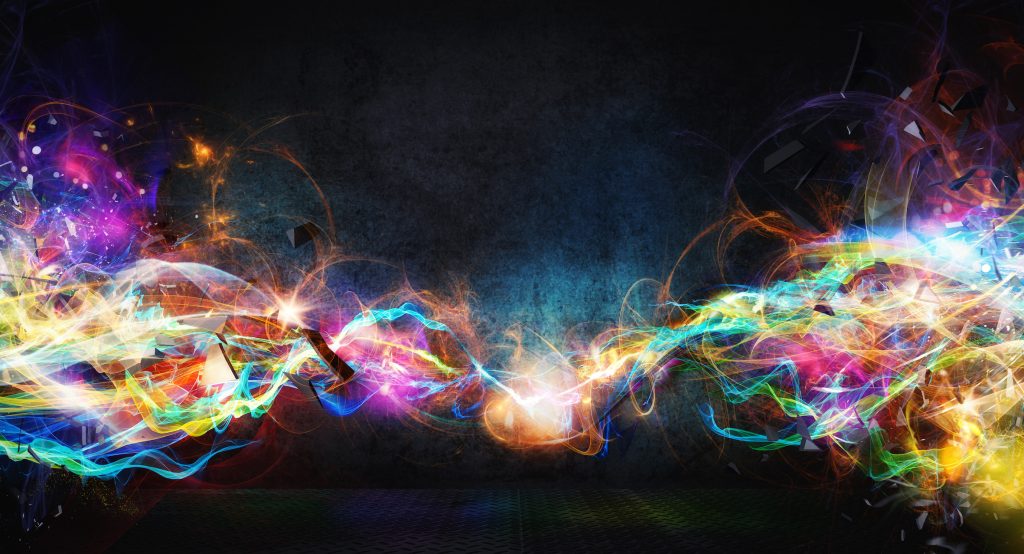 AVE is provided to the user in the form of a device that often includes goggles with light-emitting diodes (LEDs) and/or auditory sounds, usually requiring the use of headphones. Sessions usually last from 20-60 minutes. The most commonly used methods of AVE are to stimulate the brain at the desired frequency via auditory tones, flashing lights, or a combination of both. The 3 most common forms of auditory stimulation use isochronic, monaural, or binaural beats. Isochronic tones are evenly spaced tones that simply turn on and off. Monaural and binaural beats are presented as 2 tones with very similar frequencies, and the brain perceives a beat that is the difference between the 2 pitches. The pitches are presented together with monaural beats but fed separately to each ear with binaural beats. For photic stimulation, most devices use goggles with lights or a flashing screen, and most instructions suggest that the user's eyes remained closed. Pulses of light can be presented as different waveforms or colors. Photic stimulation also can be presented independently to each eye or each visual field in order to more effectively target stimulation to the right or left hemisphere.

One of the earliest studies by Adrian and Mathews (1934) showed that the alpha rhythm could be  amplified by photic stimulation at the same frequency. In 1942, Dempsey and Morison found that AVE could also be induced by a tactile stimulus, and Chaitran reported entrainment effects with an auditory stimulus in 1959. Since then research on the effects of AVE on pain, headaches, migraines, anxiety, and stress followed in the 1980s and expanded in the 1990s to include learning and memory, ADHD, learning disabilities, behavioral problems, and PMS.

Research shows that presentation of a consistent rhythmic stimulus  within 8 to 10 Hz causes brainwaves in the occipital lobe, parietal lobe, or temporal cortex to exhibit a frequency-following response that either resonates with the presenting stimulus or shows a frequency harmonic or a sub-harmonic of a stimulus. Although many believe that the same mechanism applies to other frequencies, this has been harder to substantiate.

Nonverbal skills were examined in 30 children were alternately exposed to an excitatory program (starting at 14 Hz and increasing to 40 Hz) and an inhibitory program (which started at 40 Hz and decreased to 14 Hz) over 6 weeks. These children showed a significant improvement with arithmetic using WISC-III, suggesting that incorporation of gamma frequencies (38-42 Hz) should be examined further as a potential method to improve nonverbal skills such as math.

Two studies used photic stimulation with or without electrodermal stimulation (EDR) at different frequencies to examine its effect on general intelligence or GPA. The studies selected children with ADHD or college students with "academic challenges" and found that stimulation of 14 Hz alternating with 22 Hz or 12 to 14 Hz over multiple sessions resulted in significant improvements on GPA or the Scholastic Achievement Wechsler Individual Achievement Test.