Optogenetics has been thought to be one of the breakthroughs of this decade in neuroscience. It has been successfully used to enhance our understanding of the neural circuit issues underlying mood disorders, addiction, and dementia, and has enabled us to achieve a better understanding of the neural circuits mediating normal behavior. It is revolutionising the field of neuroscience, and has enabled a new way of exploring the causal roles of specific neural circuits.

Optogenetics is a neuromodulation technique that involves using light to control cells in our bodies, particularly neurones in our brains. Cells are first genetically engineered to express light-sensitive proteins called 'opsin'. When these specially engineered cells are then illuminated with light of the correct frequency, this leads to the neutron being activated or inhibited, or the neurons signalling pathways will be change, according to the type of opsin used. 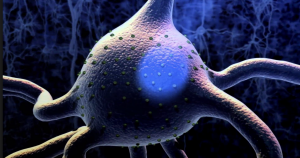 What Are Optogenetic Actuators?

Optogenetic actuators are proteins that modify the activity of the cell in which they are expressed when that cell is exposed to light. These actuators can be used to induce action potentials, suppress neural activity, or modify biochemical signaling pathways, with millisecond control over the timing of events. The most powerful and widely used actuators are opsins—naturally occurring light-sensitive transmembrane proteins—that are found in a variety of organisms ranging from microbes to primates, and that can be used as found in nature or engineered to optimize functioning. Naturally occurring opsins can be broadly categorized into two major classes: microbial opsins (Type I) and vertebrate opsins (Type II). Type I opsins are found in microbial organisms, including bacteria, archaea, and algae, and are composed of a single membrane–bound protein component that functions as a pump or channel. Type II opsins are found in animal cells and are primarily used for vision and modulating circadian rhythms. These opsins are G protein–coupled receptors, initiate a signaling cascade upon activation, and consequently produce slower changes in neural activity than Type I opsins.

How Are Neurons Illuminated?

Lasers are widely used in optogenetics both because they permit the application of narrow bandwidth light (facilitating multimodal optical control with more than one opsin) and because they can be efficiently coupled to optical fibers. This last characteristic is a particular advantage in deeper brain structure manipulation with an implanted fiber optic. Optical fibers can be used to deliver light to specific intracranial locations and permit optical control of deep brain structures. Small diameter optical fibers (~200 μm) minimize tissue damage and can be coupled efficiently to laser light sources. The fiber can be cut to the appropriate length to target a specific brain region and can either be fixed directly to the skull or inserted through a cannula to facilitate simultaneous pharmacological manipulations. Fibers may be placed bilaterally or used in other configurations to target large brain regions.

Light-emitting diodes (LEDs) are an attractive option for optical stimulation because of their low cost and narrow spectral tuning with diverse color options. However, the low efficiency of LED-optical fiber coupling limits the utility of LED light sources for some wavelengths of light due to low resultant power from the fiber tip, and heat generation may also prove problematic. However, their small size and low power requirements make LED light sources very useful for multisite illumination and portable wireless optogenetic devices.