Understanding the dangers of language

Human language is a highly complex system: We have external language which is how we communicate with others (speaking, writing) as well as internal language which is our own internal world (thinking and cognising). The mind encompasses this inner world, and as part of the process in understanding own own mind, we need to understand the nature and role of inner language (one of the most fundamental aspects of our mind).

Our mind can be our greatest helper to assist us in understanding the world, but at the same time we also need to understand when it can be our enemy and misguide us. If we do not understand the processes of our mind it can hurt us and make us suffer. In the same way we can use language for good (by helping others), we can also use language to create violence, wars, and to encourage people to destroy our planet. Internal language can create joy and happiness, but conversely it can repeat painful and negative events over and over, scare us by playing unpleasant future scenarios, and bully us by calling us negative names. Language is both a blessing and a curse. 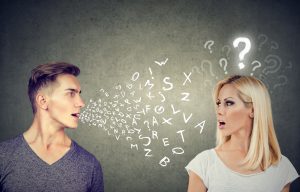 A wonderful metaphor to consider is that of a dog left outside all day in the rain. It sits there miserable and feeling uncomfortable with its tail between it legs. You come home and let the dog in- what does it do? It jumps up excited to see you, wagging it tail. It comes inside, shakes off the water, has some food and curls up in a ball in front of the fire content and happy. Now imagine your mother had accidentally left you outside in the rain all day. Would you be excited and happy to greet her? Would you come in the house joyous? Or would you react with anger, shouting at her for being inconsiderate? Most of us not only would get angry even though we were inside out of the rain, but we would drag out every other incident where we felt our mother had neglected us and would sit with the anger, self-pity or many other possible negative emotions for quite a while until our minds finally calmed down. We may even distort our minds by internal exaggerations  like ‘my mother always does this and she hates me’ or ‘she has never cared for me’, ignoring that she may have spent 20 years caring for you perfectly with only a handful of minor accidental events.

What is the difference between ourselves and the dog? It is simply language. As humans we have the capacity to have an internal dialogue that can continue about an event for minute, days and even years after the event is over. A dog however tends on the whole to live in the moment. They don’t have the rich language skills that allow them to dwell in the past or worry about the future for extended periods. This isn’t to say that dogs aren’t smart or don’t have good memories, just that the inner cognitive world of dogs allow them to live much more moment-to-moment. They have accepted the incident and moved on, whereas we fight the negative feelings we have experienced in a way that makes them linger for much longer than they needed to.

In this way we can clearly see the dangers of language: (1) it has the ability to have us live in a negative past or scary future, in a way that we miss out on living within the present moment. (2) It can lie to us about who we are and misinterpret situations around us in negative ways, creating tinted glasses that can often see the world in an inaccurate way in a negative light. (3) It can tell us that we need to run and fight normal negative emotions in a way that also disengages us from living our life in a meaningful way. All of these dangers have one key underlying feature: They stop us from engaging fully in life and from achieving our highest level of potential in regards to developing a meaningful and joyful life.

Just because you think it, doesn’t make it true 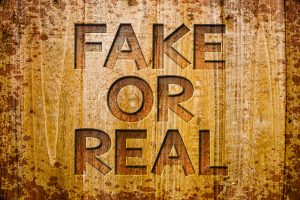 Language has the ability to suck us in: we have a thought therefore it must be the truth. How often do we ask ourselves where our beliefs and opinions come from? Often these opinions are related to the environment in which we surround ourselves. For example, if we were brought up in a society of cannibals we probably wouldn’t think twice about thinking “eating people is ok”. We probably wouldn’t even recognise we have that thought. Our lack of recognition means we will never question it. A good analogy is fish in water: we are the fish and the water is our thoughts. A fish would not be aware that water even exists as they have never been without it. If the fish should be taken out of water, there would be immediate recognition that water exists (on some level) and when it was returned they would have a different level of awareness. We are like the fish- we need to jump from the water in order to start to recognise the language we are swimming in. We start to become mindful of this subtle language and dig deep into our minds to look at our assumptions and core thoughts about the world. The aim is to see what thoughts are helpful and what thoughts end up costing us too much. We need to be able to critically evaluate our thoughts in a more open way and assess whether we know something to be true, or whether we just want something to be true. We also most importantly need to be able to clearly see the lies that we tell ourselves; maybe they are lies that society has forced upon us, maybe they are lies that have just come out of nowhere and we have believed them to be true. Just because we have a thought doesn’t mean we should keep it and use it to guide our behaviour. We want to enhance the thoughts that are helpful, and transform the unhelpful thoughts and behaviours. The goal is to bring more meaning, purpose and happiness into our lives- if we can learn to change our mind, we can learn to change our lives.

Ever been told by someone to ‘snap out of it’ or ‘don’t be so silly’? Did it help? Did you feel happier or less worried? We can’t just decide that we aren’t going to think something. Although we have various techniques for trying to change thoughts, sooner or later we come to a point that we cannot change the thought and it keeps on returning. In normal situations when there is something we don’t like, we figure out how to get rid of it. These linguistic and cognitive processes are useful, however, when we apply this strategy to our own inner-suffering, it often backfires. For example, when you have a thought you don’t like, you will find that you apply verbal problem-solving strategies to it, such as trying to stop thinking about it. Research has shown that the frequency may decrease in the short term, but it soon appears more often and becomes more central to your thinking. Thought suppression is more likely to evoke response. 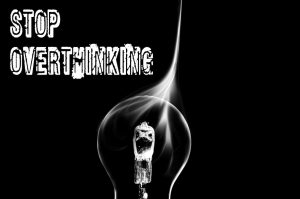 Most people will find the number of times they think about the pink elephant increases over time. They may have reduced while directly trying to suppress it, but eventually suppression breaks down and the frequency dramatically increases.

Thoughts however do not respond well to our demands to stop. For example, think about what you had for breakfast this morning or dinner last night. Now I want you to try and wipe that memory from your mind. Any luck? Of course not! We cannot remove thoughts from our mind by simply demanding they leave. As we make our way through the path we will learn techniques to try and create more helpful thoughts to compete with and out weigh our unhelpful thoughts. We will also learn when to stop fighting thoughts and make room for them without them affecting how we live or bringing further negativity to our lives. In this way the thoughts often disappear of their own accord once we are behaving in ways that do not support the thoughts. This will be discussed in great depth under the Positive Mind/Mental Harmony section.

Humans think relationally; in broad terms this means that humans are able to arbitrarily relate objects in our environment, thoughts, feelings (basically anything) to other objects in our environment, thoughts, feelings, (basically anything else) in virtually any possible way (e.g., same as, similar to, better than, opposite of, part of, cause of, and so on). The ability to think relationally allows us to consciously analyse our environment, develop tools, build fires, create art, etc… This same ability creates suffering. We need to understand how and why the mind does this through language in order to release the power it has over our thoughts and how they guide our actions and affect our lives.

Suffering is a basic fact of life for humans. But suffering is not just about pain. It is much more than that. Humans don’t just have pain; they agonize over their painful memories, uncomfortable emotions, and difficult self-evaluations. They worry about them, they dread them, they engage in all kinds of activities to avoid them. People want the suffering in their lives to be minimized. They value feeling better, but they do not merely value feeling better. A good life is much more than simply a lack of suffering. People want to live well and make the best of their time on this earth.

Exercise: Relate Anything to Anything Else

To test the idea that you make arbitrary relationships constantly, try the following;

This exercise demonstrates the mind’s ability to relate anything to anything in any possible way. This ability is hidden as your mind justifies these relations by features it abstracts from related facts. It is precisely this process that create cognitive fusion. Cognitive fusion occurs when the mind has a thought, it is assumed to be true, and then the mind identifies strongly with it in such a way that this ‘new truth’ is lived out through additional thoughts and actions.